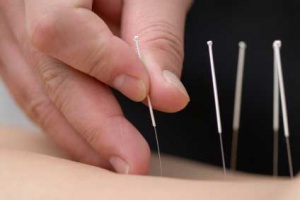 A procedure that dates back thousands of years, acupuncture is the practice of inserting and manipulating various sized needles into points on the body to relieve any pains, medical conditions or for other therapeutic purposes. Based on acupuncture points and meridians on the body which are detected by the acupuncturist, methods of acupuncture are then carried out on the recipient to aid them in whatever ailments they may have. This includes anything from medical conditions and illnesses to stress, physical pains, weight loss, and more. Varying types of acupuncture are practiced and taught throughout various parts of the world. The subject of scientific study, acupuncture has been debated on for its uses and effectiveness in therapeutic terms since the late 20th century. Still ever controversial in the medical field among researchers and practitioners, acupuncture is highly debated and its effects and scientific standing are difficult to track. The only evidence supports that acupuncture, at most, controls some types of nausea and pain, while the treatment of other conditions is not concrete.

The earliest recorded text mentioning acupuncture dates back to the 2nd century BCE in a Chinese text called “Records of the Grand Historian” or Shiji in pinyin. This practice was later mentioned in the medical text called “Huangdi Neijing” AKA “Yellow Emperor’s Inner Canon”, where it was elaborated on practices and uses. This text was recorded around 305-204 BCE. While its origins in China are uncertain, there are many explanations to that end. Various stories root to soldiers in ancient times being treated with acupuncture and cured of wounds to the body caused in battle that otherwise would have been incurable. Evidence links the practice of acupuncture in China all the way back to the Stone Age, in which sharpened stones were implemented instead of the needles that are used in the present. The sharpened stones, known in Chinese as bian shi, have been found previously and suggest that they were used even longer. Spreading from China to various other places in East Asia, acupuncture has approximately 90 pieces of work written in China between the Han and Song Dynasties.

Traditional Chinese Medicine is based on ancient practices developed over thousands of years and plays no part in modern medicine. In Traditional Chinese Medicine, the body is whole and composed of various parts with systems of function. These systems of function are known as the zang-fu. The zang systems refer to solid yin organs while the fu systems are associated with hollow yang organs. Health is thought of as a balanced state between yin and yang. Diseases and other health conditions are a result of a person being unbalanced, stagnant or blocked. Largely dealing with the immaterial, Traditional Chinese Medicine also often refers to a person’s qi, which translates to vital energy or life energy. Using various techniques of intervention such as heat, acupuncture and pressure applied to specific acupuncture points, these practitioners attempt to re-balance the body by modifying the activities of the zang-fu.

Although in the early years following the Chinese Civil War, Chinese Communist Party political leaders criticized traditional Chinese medicinal practices like acupuncture as being backward and conflicting with science, Mao Zedong later reversed these claims saying that these Chinese medicinal methods and practices should be explored and raised to a higher level. It was not until Nixon visited China in 1972 that acupuncture gained exposure and relevancy in the United States and the West.

Since acupuncture uses needles to penetrate the skin, many types of acupuncture are invasive procedures and are not without risk. Injuries in acupuncture are rare and in most jurisdictions, needles are required by law to be sterile and disposable as well as only used one time. In a few places, needles are allowed to be used again if they are re-sterilized first.