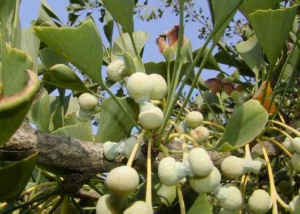 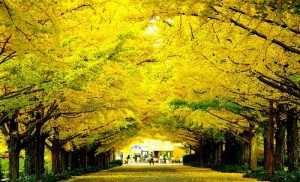 Ginkgo Avenue
Ginkgo Biloba is one of the oldest living tree species. It is native to China, but is also cultivated in North America. The name Ginkgo is derived from the Japanese word "Ginkyo" meaning "silver apricot", and refers to the fruit of the tree. Biloba translates to "two-lobed", and describes the split characteristic of it's fan-shaped leaves. Other common names are maidenhair tree, and kew tree.

Ginkgo Biloba is popularly referred to as the "memory herb". It is known to benefit brain function and cerebral circulation. Due to this ability, it's been effective in the prevention and treatment of Alzheimer's, dementia, poor concentration, ADD (attention deficit disorder), depression, and many neurological disorders.

This herb has shown to be beneficial for stroke, skull injuries, Raynauds disease, macular degeneration, sexual dysfunction, coronary artery disease and a wide range of vascular disorders. Ginkgo has also been used for diabetes related tissue damage (gangerine) and circulatory disorders of the skin.

Since Ginkgo is an anti-inflammatory, it can be used in cases of mucus or phlegm in the lungs, allergies, asthma and cough. The general dose is 40mg of dried herb three times per day.

Since Ginkgo Biloba acts as a blood thinner, it should not be used with medications such as coumadin, warfarin or aspirin. Epileptics should not use this herb, as it may increase seizure activity.

Ginkgo may effect blood sugar levels. Diabetics using prescribed drugs should consult with their physician before using this herb.

Some other side-effects are digestive problems, headaches, allergic skin reactions and muscle weakness.